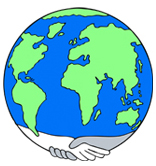 Trading for a fairer world

Our Affiliations and Trade Body Membership

Anna has recently been appointed as the Ipswich Fair Trade Shop manager, responsible for the day to day running of  the shop, where she works on a part time basis four days a week.  “I am passionate about the value of shopping ethically and so am thrilled to be working at the Fairtrade Shop” she says.  “I am happy to be giving shoppers in Ipswich the option to choose ethically-sourced and environmentally-friendly products.  Our shop is a treasure-trove of lovely things from around the world.  It's also a lovely, friendly place to be.  Come and visit us!'

You can contact Anna in person at the shop, or by email using

Margaret is the company secretary.  Her involvement with fair trade goes back more than 25 years and she feels passionate about our need to spend our money as much as possible in ways that promote justice and fair trade in the poorer countries of the world. She says “We can make a difference to people's lives and their communities by making available products in our shop produced by farmers and artisans who need our support and this is my motivation.”

You can contact Margaret at the shop or email

The Ipswich Fair Trade Shop is a not for profit organisation run by a team of mainly volunteers, working to promote the concept of fair trade and the sale of fair trade goods in Ipswich and the surrounding area.

Originally born from caring individuals in the Ipswich Christian community, we have grown from humble beginnings in the late 1970s when volunteers, working from home,  were taking boxes of mail order fair trade products to church and community events throughout Suffolk.

Growth was such that in 1996 a permanent home for fair trade in Ipswich was set up at a shop in Orwell Place, and growth continues today when we now operate from larger premises in Upper Brook Street. 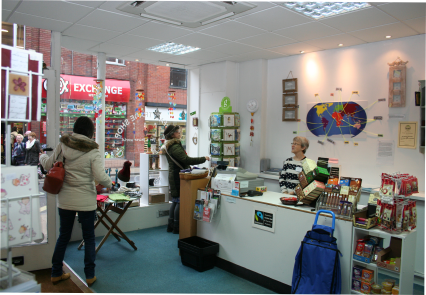 Alan has recently taken on the role of treasurer for the shop, after previously being a volunteer following the move to Upper Brook Street in 2015. His experiences in running small businesses in the past help to ensure that the company’s accounts guide the management of the shop and satisfy the statutory requirements. He volunteers at the Fairtrade Shop because he believes that helping people to help themselves is fundamental to the long term alleviation of poverty around the world.  You can contact Alan via email using

Anne has been a volunteer with The Fair Trade Shop since it’s very small beginning in a room in Christ Church Hall over twenty five years ago and was a committed “fair trader” before then. Soon after the first shop was opened, Anne was invited to become a director.  As well as working in the shop herself, she is responsible for managing the volunteer staffing rota and is one of two buyers responsible for selecting and ordering goods from a number of our suppliers.  You can contact Anne at the shop or by email

The British Association for Fair Trade Shops and Suppliers (BAFTS) is an association of members which, although independent, unite in a core purpose to bring about fundamental changes in the status of developing world producers through Fair Trade retailing and campaigning.  The Ipswich Fair Trade Shop is proud to be a member of BAFTS

Ipswich achieved Fair Trade Town status in 2008 and this was renewed in 2013.  The purpose of a Fairtrade Town is to contribute to the Fairtrade Foundation's aim of tackling poverty across the globe by enabling disadvantaged producers from poor countries to receive a better deal through encouraging support for the Fairtrade Mark.

The Suffolk Association of Fairtrade Towns was set up in 2016.  Its aims are to promote Fairtrade in Suffolk, to share information on good practice and to co-ordinate action where appropriate.

In addition to running the Ipswich Fair Trade Shop, the directors and volunteers are engaged in promoting the concept of fair trade through promotional talks to societies and groups.  The company is a member of BAFTS (The British Association for Fair Trade Shops and Suppliers) and is associated with other Fair Trade bodies locally, nationally and internationally.

The Ipswich Fair Trade Shop is  a company, limited by guarantee, incorporated in England and Wales in July 1991.  There are three directors who, along with the Company Secretary, manage the company.  There is a shop manager, working on a paid  part time basis, all other staff and associates being volunteers, giving freely of their time and talents to support the Ipswich Fair Trade Shop, and thereby helping to actively promote Fair Trade in Ipswich and generally.